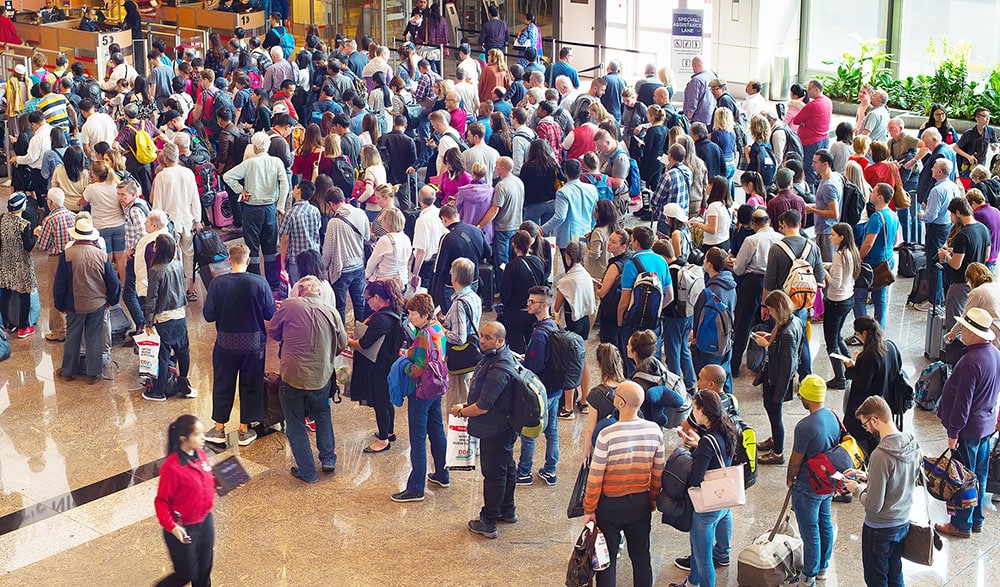 Air travel is increasing by the day, which means airports are becoming more crowded than ever. But do you know what the world’s busiest airport is?

So, what are the top 10 busiest airports worldwide regarding passenger traffic?

The Airports Council International issues annual statistics of total passenger traffic at all international airports and ranks its list accordingly.

Read along as airssist reviews the world’s busiest airports where the necessity of our meet and greet services increases.

Being the busiest airport means long lines and waiting hours. But travelers are playing it smart by booking airport concierge services from airssist to enjoy a privileged journey at Atlanta Airport, where there are no long queues, and they can experience a quick and smooth airport travel.

In the last few years, Los Angeles International Airport have outdone both DXB and Tokyo Haneda to claim the third rank in the world’s busiest airports list. Los Angeles Airport, which is commonly referred to as LAX, is the home to one of the best VIP Terminals in the world.

Or they can book airssist VIP Terminal services if they are looking for a more luxurious royal travel and gaining access to LAX Private Lounge.

The third, fourth, and fifth spots in the world’s busiest airports list is always oscillating between Haneda, LAX, and DXB. Currently Tokyo Haneda Airport is on the fourth spot with 87 million passengers annually.

When it comes to international passenger traffic, Dubai International Airport outshines all the others. But in terms of overall passengers, DXB currently ranks fifth on the list.

LHR is also famous for its luxuriously stunning Private Lounge. In addition to the private lounge VIP services, you can book your own private suite, a personal shopper, VAT reclaim for your suite, and much more.

You can also book airssist airport concierge and meet & greet services at Heathrow Airport for a stress-free and quick airport journey.

But ever since China has imposed many travel restrictions in wake of coronavirus, Shanghai’s Pudong Airport has suspended its long-distance bus services to/from the airport as the virus spreads. This might affect the rankings of airports in China.

The French Charles de Gaulle Airport has been retaining the 10th spot on the list for the last two years, with around 72 million travelers.

In recent years, Charles de Gaulle Airport was equipped with many extensions and developments to welcome more passengers. These developments include accelerating luggage delivery with automated baggage sorting to planned rail connection with CDG Express.

Charles de Gaulle Airport is one of the selected few airports to have a luxurious private lounge.

airssist airport concierge and meet & greet services at Paris-Charles de Gaulle Airport are offered for travelers who are looking for a smooth and fast airport journey.

What Are the Effects of COVID-19 on Air Passenger Traffic at the Busiest Airports?

According to Airports Council International, the airport association that compiles passenger traffic statistics, as mentioned before, the COVID-19 effects on air transportation and passenger traffic are very severe, even at the busiest airports in the world. How severe? The effects of COVID-19 are severe to an extent that the traffic levels recorded in 2019 cannot be retained before 2024.

Despite the massive decline in air transportation and passenger volume in airports all over the world, the busiest airports are still busy. So, it is always wise to book airssist services to fast-track your airport journey and have a smooth experience.