Which Airport Should You Fly Into – Paris Charles de Gaulle or Orly? 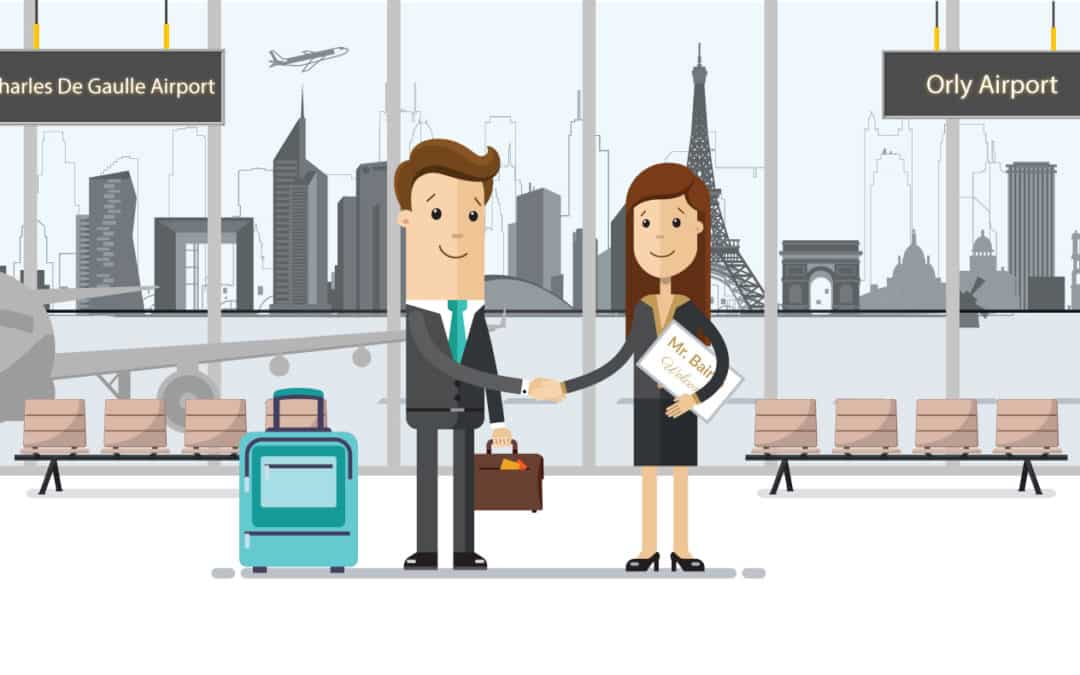 The City of Light, Paris, is a hub for great food, culture, and the arts. Paris is one of the largest cities in Europe and has two major airports, making it a popular destination for both business and leisure travelers.

Today, we will compare Paris Orly (ORY) and Paris Charles de Gaulle (CDG) to assist you in deciding which one to choose for your next trip to the French capital.

The Paris Orly Airport, known as Orly, is a major international airport in France, 13 Kilometers south of Paris. It is split between Orly and Villeneuve-le-Roi.

It acts as a secondary hub for Air France’s internal and international flights as well as the company’s headquarters. There are flights to places in North America, the Caribbean, the Middle East, Africa, and Europe.

How Many Passengers Travel Through Paris Orly Airport Each Month?

How Many People Travel Through Paris Orly Airport Each Year?

The largest international airport in France, Paris Charles de Gaulle Airport known as Roissy Airport, is the primary airport serving Paris, it was inaugurated in 1974 and is named after statesman Charles de Gaulle. It is located near Roissy-en-France, 23 kilometers northeast of Paris.

Air France’s main Hub is located at Charles de Gaulle Airport, which is also a destination for other legacy airlines (from Star Alliance, One World, and SkyTeam) and a focus city for budget airlines easyJet and Vueling. Group ADP runs it under the name Paris Aéroport.

How Many People Travel Through Charles de Gaulle Airport in Paris Each Month?

Transportation Options and Distance to Downtown

Paris’s 20 arrondissements (districts) are planned out in a spiral design, similar to a snail shell.

The first arrondissement, which houses the Louvre, is in the city center, and the numerals rise clockwise as you spiral outside.

The Notre Dame Cathedral is one of the most central locations downtowns, and it’s an excellent choice for this comparison because it’s on the RER B line, which serves both de Gaulle and Orly.

Here’s how the two airports compare:

Charles de Gaulle is farther from downtown, but if you start at Notre Dame, it may be easier to get to than Orly. Both airports are about the same number of stops apart, but de Gaulle offers express trains and you don’t have to switch lines, thus Paris’ larger airport has the upper hand.

Orly, on the other hand, is utilized mostly for shorter flights, secondary markets, and low-cost carriers. On any given day, low-cost carriers operate around half of the flights to and from Orly, as gate space and departure slots are far more economical than at de Gaulle.

Still, Orly has a few lengthier flights worth mentioning. Low-cost carriers such as French Bee and Corsair fly to cities such as New York (JFK), San Francisco (SFO), and Miami (MIA), and their fares are frequently extremely inexpensive.

Orly is excellent for regional flights around Europe, but so is de Gaulle, which also provides international service to dozens of remote locations.

When you factor in gulf airlines’ many daily A380 flights, many worldwide destinations are only a one-stop flight away, making de Gaulle the clear winner here.

If you look at a map of Charles de Gaulle Airport, you may think it’s quite tidy, with only three terminals. What you don’t see on the map is that Terminals 2A/2B/2C/2D/2E/2F all work as independent terminals, so when you arrive or depart, you truly have the chaos of eight different terminals.

Terminal 1 is home to the majority of Star Alliance airlines and is my preferred departure point because it avoids the bustle of Terminal 2.

Lounges are available in Terminal 1 for Lufthansa, Qatar, SAS, and Star Alliance, and the Star Alliance lounge is also accessible via Priority Pass. I’m also a big lover of the terminal’s futuristic design, where escalators crisscross the atrium to carry you from check-in to security or down to arrivals.

In Terminal 2, you’ll discover lounges for Air Canada, American Airlines, Cathay Pacific, Emirates, Etihad, and other airlines, as well as a few Priority Pass contract lounges in Terminals 2A, 2D, and 2E. (in addition to the Air Canada lounge, which is accessible through Priority Pass).

Orly, on the other hand, is a much smaller affair, as one would expect from a provincial airport. There are two Priority Pass lounges, one in the south terminal and one in the west terminal, however, no ultra-premium lounges are offered. Typically, airlines reserve this treatment for passengers going on lengthier flights.

Charles de Gaulle can be an infuriating airport to navigate depending on what terminal you’re departing from, but once you clear security you’ll have many more options for your time, be it shopping, eating, or relaxing in a lounge.

Orly Airport is France’s second-largest. It is also the 12th busiest airport in Europe.

Check out below for the airports characteristics:

At any Airport, airssist has your Back.

Whether you’re traveling from Orly Airport-ORY, Charles De Gaulle Airport- CDG, or Beauvais Airport- BVA to enhance your airport travel experience, book our Airport concierge services and chauffeur service for a perfect journey to/from the airport and in the airport.

When you book airssist Chauffeur & Limousine Services, along with airssist Meet and Greet, you have the much-needed peace of mind that both your airport passage and your airport transfer are going to be a smooth and relaxing experience. Our network of trusted partners enables us to offer you our services at any and every airport worldwide. Contact Us

When you book airssist Chauffeur & Limousine Services, along with airssist Meet and Greet, you have the much-needed peace of mind that both your airport passage and your airport transfer is going to be a smooth and relaxing experience. Our network of trusted partners enables us to offer you our services at any and every airport worldwide.

Let airssist take care of your airport transfer to ensure a pleasant and memorable journey.

To know how we make your airport journey truly memorable at public terminals, read

Be received and walked through airport formalities

Who is this service for?

At airssist we create the whole range of airport experiences in every city in the world, whether you are a big family who loves to travel together; a company who goes to a team building event;  a group of friends heading to the Brazilian Carnival; a couple who needs a romantic gateway;  a VIP or even VVIP, who needs extra privacy; a businessman attending a congress or just a traveller with his expected annual holiday- the point is, we got you covered with airport services and more… 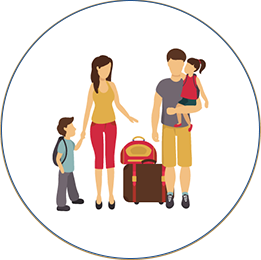 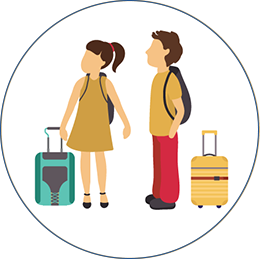 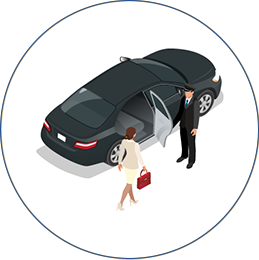 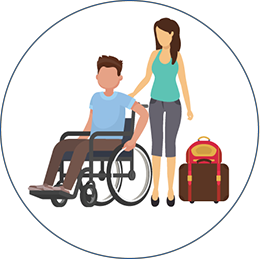 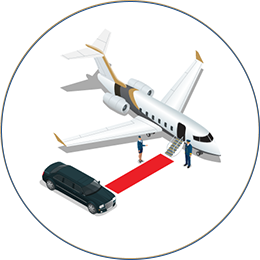