+971 4 368 2596
This site uses cookies to provide you with a great user experience. By using airssist, you accept our use of cookies.
Düsseldorf
VIP Airport Concierge Services

airssist is in almost every airport around the world and being Düsseldorf Airport the third largest airport in Germany, we are pleased to offer you a range of Meet and Assist services on arrival, connection, and departure flights.

Meet and Assist at Düsseldorf Airport 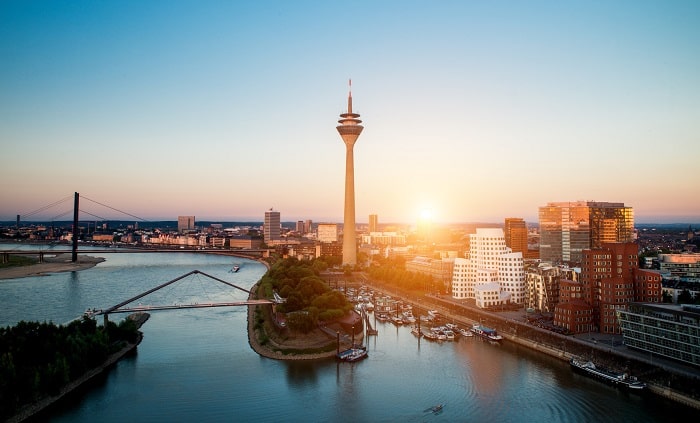 Düsseldorf is a city in western Germany known for its fashion industry and art scene. It’s divided by the Rhine River, with its Altstadt (Old Town) on the east bank and modern commercial areas to the west. In the Altstadt, St. Lambertus Church and Schlossturm (Castle Tower) both date to the 13th century. Streets such as Königsallee and Schadowstrasse are lined with boutique shops.

Düsseldorf impresses with boundary-pushing architecture, nightlife and art scene to rival many higher-profile cities. It’s a posh and modern city that seems all buttoned-up business at first glance: banking, advertising, fashion and telecommunications are among the fields that have made North Rhine–Westphalia’s capital one of Germany’s wealthiest cities.

We will ensure a smooth arrival, departure or transit at Düsseldorf Airport for you and your loved ones.