+971 4 368 2596
This site uses cookies to provide you with a great user experience. By using airssist, you accept our use of cookies.
Birmingham
VIP Airport Concierge Services

airssist is in almost every airport around the world and being Birmingham Airport the seventh busiest UK airport, we are pleased to offer you a range of Meet and Assist services on arrival, connection, and departure flights.

Meet and Assist at Birmingham Airport 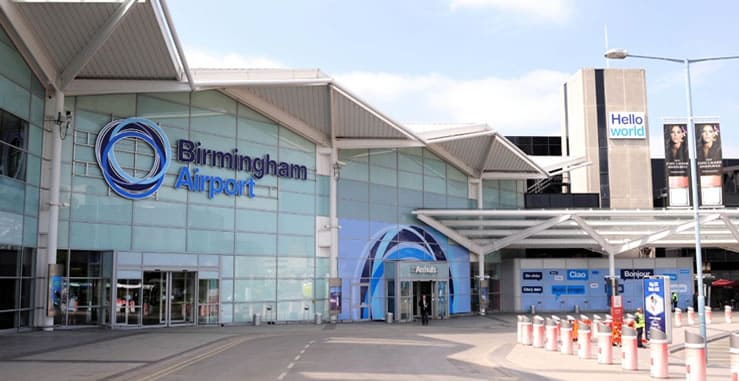 Meet and Greet / Meet and Assist

A discreet and private service at a
stand-alone luxurious terminal at Birmingham Airport.

Experience comfort and ease on the
road from/to Birmingham Airport, with our elite chauffeur service. Birmingham is a major city in England’s West Midlands region, with multiple Industrial Revolution-era landmarks that speak to its 18th-century history as a manufacturing powerhouse. It’s also home to a network of canals, many of which radiate from Sherborne Wharf and are now lined with trendy cafes and bars.

The central focus of Birmingham is Victoria Square, with the classical Town Hall (1834), the Renaissance-style Council House (1874–81), and the City of Birmingham Museum and Art Gallery, which is noted for its Pre-Raphaelite paintings and its English watercolors. St. Philip’s Cathedral (1715), in its green churchyard, forms another focus, and the Georgian area around St. Paul’s Church (1779) also has a character of its own.

We will ensure a smooth arrival, departure or transit at Birmingham Airport for you and your loved ones.