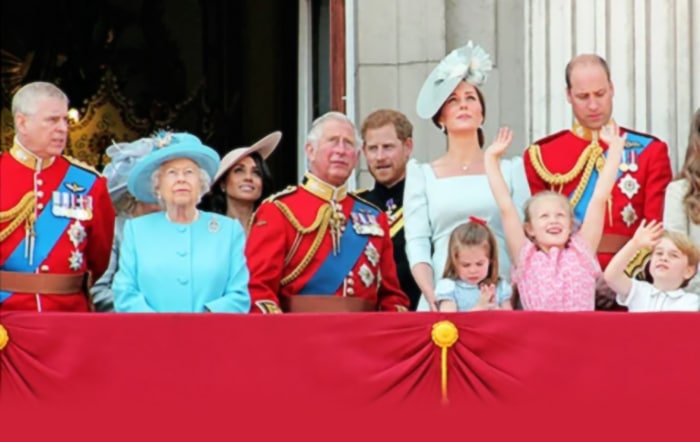 Have you ever wondered how Royal family travel?  How the Queen and Royals Travel in Style: From Helicopters to Private Jets? what methods do they have at their disposal? Do they fly commercial? It turns out that Members of the Royal British Family annually make many trips around the world. Sounds cool, but in fact, it’s rather complicated. Royal family tours require very detailed planning and adherence to special rules. And some of them seem to be, just weird.

For example, in all countries, an individual menu is prepared in advance for each member of the royal family. By the way, they are entitled to fly in private jets only for special state travel. And sometimes, royals even buy economy class tickets. Ordinary passengers saw Prince William with his wife Kate Middleton or Prince Harry with Meghan Markle on board the aircraft.

7 secrets of how Royals travel:

Just like everybody else, the royals are under economic restraints and have to stick to a budget. A big budget, but still a budget: in 2012 they spent $7 million on travel. William and Kate have been known to skip chartered royal jets and last time they were in America, they flew commercial from Los Angeles to London (first class of course). However, Queen Elizabeth no longer takes scheduled flights.

Security is a given
The royals may not always fly private, but they never fly without their top-notch security team of trained experts. But all in all, they don’t travel with as large an entourage as you would expect. On their trip to LA in 2011, William and Kate had just a seven-deep entourage, and on their trip to Australia they travelled with 11.

airssist provide executive protection to Royal families by hiring private bodyguards to stary with them for the whole trip.

Even royalty need passports. Little Prince George had to get a baby passport for his trip to Australia, which cost the royals $65. And the royal party has to adhere to customs and immigration rules but is usually fast-tracked through this process.

Queen Elizabeth is the only royal who doesn’t need a passport as passports are issued in the name of Her Majesty — however, she is forced to go through an identity check every time she flies in and out of Britain, giving her full name, age, address, nationality, gender and place of birth to immigration officials.

Royal families, politicians and celebrities usually travel in a private jet which has its own private FBOs and custom security checks.

But if they decide to fly on a scheduled flight then they travel through VIP Terminals, where they have private TSA Checks for customs and immigration, so they don’t pass with the crowds.

Royal families never use public transportation, as they always use chauffeured limousine services or Bulletproof luxurious cars transfers to guarantee a high protection and security level.

Travel like royals and book your Limo service from airssist now!

The packing arrangements of the royals is a grand affair. When the royals travel, they travel in style. On William’s trip to Australia, royal watchers were given a glimpse of his luggage which was emblazoned with the letter W and a crown. Kate isn’t quite so formal and apparently has a more eclectic mix of bags and suit carriers — which will carry her abundance of outfits (she had 25 during her tour of California and Canada in 2011). But at least they won’t get mixed up with William’s — the royal couple have an organized luggage tag system with a different color label for each family member — little Prince George has baby blue.

They always pack a black outfit

No, the royals don’t pack a black outfit for a black-tie affair. It’s actually a precautionary measure for in case a loved one dies while they’re abroad. This royal protocol is to ensure that the royal family members are appropriately dressed in the traditional mourning attire when they return to the United Kingdom.

No track pants for the royal couple

Even the most glamorous of us like to be comfortable on a long-haul flight. but royals travel in style and always arrive smart and polished. Kate’s arrival outfit is either a signature two-piece suit or long dress, whereas William rarely arrives not wearing a suit or blazer and slacks.

They pack supplies of their own blood

A personal blood bag doesn’t usually make your packing checklist for trips, but for the royals anything is possible. According to the Telegraph, the queen and her son Prince Charles always bring their own personal bags of blood with them to countries where the blood supply is questionable. But in order to do an blood transfusion, you need to have a doctor on hand, which is why a Royal Navy doctor accompanies every royal on his or her trip for emergencies

Royal protocol is that two heirs should never fly on the same flight together so that the royal lineage is protected. However, Prince William broke this tradition when his son was born and took him on the same flight to Australia when Prince George was nine months old.

A royal family tenet generally prevents so many heirs to the throne from traveling together in case of an accident or crash.

Does Queen have a passport?

When travelling overseas, The Queen does not require a British passport. As a British passport is issued in the name of Her Majesty, it is unnecessary for The Queen to possess one. All other members of the Royal Family, including The Duke of Edinburgh and The Prince of Wales, have passports.

Prince Charles, Prince Harry, Prince William, and Catherine, The Duchess of Cambridge all travel with passports in hand. In fact, The Queen is the only member of the royal family to have the privilege of traveling without one.

How the Queen and Royals Travel in Style? what methods do they have at their disposal?

Throughout her 70-year reign, Queen Elizabeth II has traveled in the height of luxury, whether by land, sea or air.

One of the main methods of domestic travel for the queen and the working members of her family is by helicopter. The monarch has had a number of helicopters at her disposal with husband, Prince Philip, learning to fly the aircraft himself.

The queen currently relies on two main helicopters at her disposal, which are painted in a deep maroon color with royal cyphers on each side. The craft are a model S-76 from American manufacturer Sikorsky and have been in use by the royals since 2009.

In the same way that the queen has the use of helicopters to help her travel quickly and safely within the U.K for short haul flights, she also has access to private jets both for her personal use, as well as for the use of working members of her family and government officials.

The queen no longer undertakes foreign travel and so reserves the use of private jets usually for her journeys to Scotland throughout the year.

8 Iconic Hotels Where Royals of the World Love to Stay

Albert II, the reigning Prince of Monaco, was the first guest at this refurbished 17th century monastery-turned-opulent-clifftop-hotel, located in the picturesque town of Conca dei Marini. He stayed at the Citrus Suite before it opened to the public in 2012. Its four levels of gardens, a cliff-side infinity pool with breathtaking views of the sea, and a tranquil spa, serve only 20 rooms and suites.

Grace Kelly stayed at Hotel Danieli so often during her 26-year reign as Monaco’s Princess of Monaco, that the hotel named one of its finest suites after her. Located in the heart of Venice, it offers spectacular views of the Grand Canal. The three palaces that comprise the hotel, date back to the 14th, 17th and 19th centuries, and house a rich collection of exquisite art and antiques showcasing Venice’s rich history.

In 2008, Saudi Arabian Crown Prince Mohammed bin Salman reserved the entire Four Seasons Hotel for his and his entourage’s stay in LA. Located in Beverly Hills, royals immerse themselves in the electric ambiance of the city, soak up the sun at the hotel’s resort-style pool, savour award-winning cuisine and discover a new level of wellness at the spa.

The Royal Family of Japan, Prince of Greece, King of Morocco, Prince of Wales, the Duke of Edinburgh, the King and Queen of Norway, and King George V and Queen Mary are some of the royal visitors that have stayed at this iconic hotel. The hotel is situated in the heart of Mumbai, overlooking the majestic Gateway of India. Each of the 285 rooms and suites are a perfect blend of the charm of a bygone era with modern amenities.

Duchess of Sussex Meghan Markle’s baby shower took place at the Mark Penthouse. With an area of more than 10,000 square feet, it is the largest suite in any hotel in the United States. The well-appointed suite boasts of spectacular, unobstructed views of Central Park. Each room and suite at the hotel, designed by the well-known interior designer, Jacques Grange, is a sumptuous and tranquil haven.

Everybody from Princess Margaret, Lord Snowden and the Duke and Duchess of Windsor, to King Albert of Belgium and Prince Albert II of Monaco have vacationed at this property’s secluded bungalows, hidden among twelve acres of verdant lawns. This hotel’s guestrooms and suites exemplify LA’s glittering sophistication, while the modern and private bungalows celebrate the surrounding serene landscape.

While attending a friend’s wedding, Prince Harry and Meghan spent a few nights at one of Round Hill’s luxe villas. This hillside resort is located in a 110-acre, lush tropical enclave. It is a nature-inspired getaway which offers panoramic views of the turquoise Caribbean Sea. Villas with private pools, Ralph Lauren-designed oceanfront rooms, award-winning seaside dining and an exquisite spa are in store for you here.

The grand Phoenicia Hotel, which stands by the City Gate that leads through Valletta’s 16th-century walls, has historically welcomed the Queen and the Duke of Edinburgh during their past visits to Malta.

Best islands to visit by Royals:

Privacy is highly sought after for many families when travelling abroad, but it is particularly important for the royal family. So much so, that many of them have chosen to holiday on private islands, complete with breath-taking beaches and stunning accommodation

The Central American nation, which is set between the Pacific Ocean and the Caribbean Sea, is known for its beautiful beaches and breath-taking scenery.

The island has been named as one of the top ten private islands in the world, it has only four suites. Amenities on offer include Michelin-star fine dining, an infinity pool with swim-up bar, a spa, and incredible snorkelling.

The Isles of Scilly is an archipelago off the southwestern tip of Cornwall, England. it’s outstandingly beautiful, uncrowded and unspoilt. A natural wonder, like a cluster of precious ocean jewels, where nature thrives, and the soul is inspired.

Scilly Island is a great choice to live the luxury experience respecting your privacy, Royal family will definitely love enjoying their holiday there.

Majorca is the crown jewel of Spain’s Balearic Islands, which are part of Spain and located in the Mediterranean. Mallorca is known for its beautiful coastline, secluded coves, limestone mountains, Spanish architecture, wineries and fresh produce farms, and stunning beaches.The Spanish Royal Family like to spend their summers in Majorca, in the Balearic Islands.