+971 4 368 2596
This site uses cookies to provide you with a great user experience. By using airssist, you accept our use of cookies.
Quito
VIP Airport Concierge Services

airssist is in almost every airport around the world and being Mariscal Sucre International Airport the busiest airport in Ecuador and one of the busiest airports in South America, we are pleased to offer you a range of Meet and Assist services on arrival, connection, and departure flights. 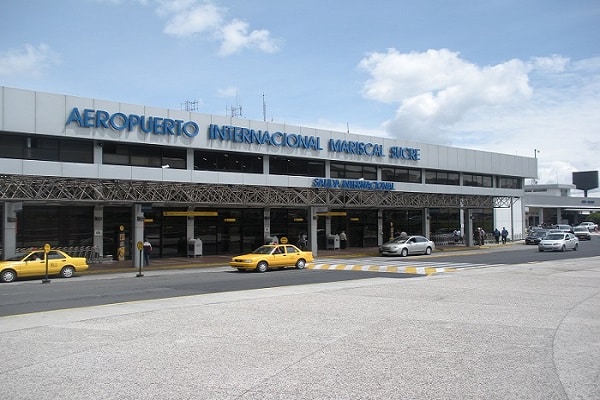 Quito, Ecuador’s capital, constructed on the foundations of an ancient Incan city, it’s known for its well-preserved colonial center, rich with 16th- and 17th-century churches and other structures blending European, Moorish and indigenous styles. These include the cathedral, in the Plaza Grande square, and ultra-ornate Compañia de Jesús Jesuit church.

Quito is one of the most compelling cities in Latin America. The Ecuadorian capital city’s mix of colonial and modern architecture creates a fascinating built environment. Quito is also the nation’s cultural capital, with an impressive selection of museums, festivals, and nightlife.

We will ensure a smooth arrival, departure or transit at Mariscal Sucre International Airport for you and your loved ones.